A group baseball blog by fans of the Effectively Wild podcast
Tuesday, July 14, 2020 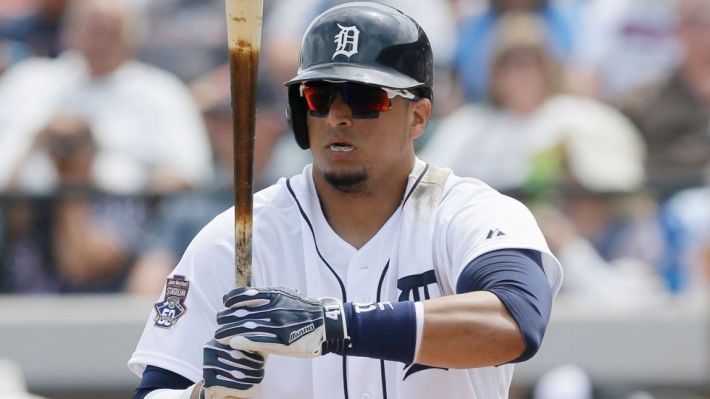 Like the heat after a truck full of stolen Lucky Strikes in Detroit in 1984, the shift is on in Major League Baseball in 2016. Defensive shifts range from mild to heavy, but there’s no question that teams are using modified infielder-positioning strategies against susceptible batters more than ever, and the rate at which teams are employing this general strategy is growing almost exponentially.

It looks like the shift is here to stay, at least until it becomes an ineffective strategy (or not). Defensive power vis-a-vis offensive power in sports tends to ebb and flow as one side develops new strategies and tactics that the other side eventually counters. As Jeff Sullivan recently noted, however, the shift may stand apart from other strategies because there appears to be no ready counter-strategy.

Even for the best baseball-bat swingers, swing alterations and modifications are very difficult, and the still-rising shift rate is evidence of those challenges. If obvious “beat-the-shift” strategies like bunting and hitting to the opposite side were easy, or even merely manageable, batters would be employing them, and defenses would be shifting less often, not more often.

Another look at the above chart reveals that nine of the top fifty such batters last season were switch hitters. Although the shift data now available at FanGraphs does not include a batter-handedness split, given the predominance of left-handed hitters on the 2015 shift list, it seems reasonable to assume that defenses were shifting against these switch hitters when they were hitting left-handed.

These are players who are comfortable facing major-league pitching from both sides of the plate, though, and while they almost certainly decide whether to hit from the right or left on the handedness of the pitcher they’re facing in order to leverage a platoon advantage, asking a switch hitter to face a right-handed pitcher from the same side of the plate is not the same thing as asking David Ortiz to bunt. In other words, switch hitters may have an actually viable beat-the-shift alternative strategy.

Will it work? Since most teams shift left-handed hitters, and since switch hitters already are facing left-handed pitching from the right side, the switch hitters’ potential anti-shift strategy boils down to hitting right-handed in all shift situations. Yes, the defense has “won” by forcing the batter to elect a suboptimal (for him, generally speaking) strategy, but this anti-shift strategy still could prove effective if the switch hitter hits better in righty-versus-righty matchups than he does when shifted against.

The following chart compares the offensive performance of each of the switch hitters among 2015’s fifty most-shifted under two scenarios: i) all righty-versus-righty matchups and ii) when shifted against. Because switch hitters elect to face same-handed pitching so infrequently, the wOBA for the first category is a career number, while the latter category covers 2010 to 2016, the years for which FanGraphs has shift data (numbers below are through April 27, 2016).

A quick glance suggests that most of these players are doing the right thing by staying the course against the shift. Just as an ordinary, pull-hitting lefty is better off swinging away against the shift than trying to leave his comfort zone by bunting or hitting to the opposite field, moving to the right side against right-handed pitching in shift situations still is worse than facing the shift.

For a few of these players, though, there may be an opening here. Victor Martinez, Justin Smoak, and Mark Teixeira each have a higher wOBA hitting right-handed against right-handed pitching than they do against the shift. Does that mean they’re good candidates for shift-busting in this manner?

Maybe. The difficulty with evaluating switch hitters along these lines is the lack of a robust data set behind the first column of numbers in the above chart. Martinez only has nineteen career plate appearances in which he hit right-handed against a right-handed pitcher. Smoak has three. Teixeira has forty-two, the largest sample size of any of these batters, but even that relatively large number represents just 0.5% of his career plate appearances. And it isn’t as if these are recent events that might reasonably have some bearing on current talent levels. Martinez, for example, hasn’t gone righty-on-righty since 2011.

On the other side, we can’t be absolutely certain that Carlos Beltran, Asdrubal Cabrera, Billy Hamilton, Chase Headley, Kendrys Morales, and Carlos Santana are better off facing the shift as left-handed hitters against right-handed pitching, since their experiences with the alternative are similarly limited. Hamilton’s never even tried it, and neither has Morales. That may be the point, though.

Writing about baseball in any capacity requires a level of humility that includes a recognition that the folks playing the game have, in addition to their raw physical abilities, a certain amount of baseball intelligence. That’s why tracking changes in the way pitchers attack certain batters is a good way of spotting a hitter who’s entering a breakout or a slump: the pitchers know, and they treat those changing batters accordingly. In the general context of shifts, the players, by employing the shift at what remains an ever-growing rate, are sending baseball observers a clear message: the shift works. While it is not unreasonable for one to assume that switch hitters would be better off accepting a platoon disadvantage in exchange for counteracting the shift by hitting right-handed, player behavior belies that assumption. Rather than bemoan the dearth of data behind that righty-versus-righty wOBA column above– a complaint that carries with it an implicit request that the players generate more of the missing data as a way of testing the observer’s theory– it may make more sense to listen to and acknowledge what the players, by their actions, are telling us. Right now, the shift appears to work, and, until a new generation of all-fields hitters matures to the big-league level or some other offensive tactic is concocted, defenses are going to continue to pack the right side of the diamond like they’re Franklin Roosevelt at the Supreme Court in 1937.

More of AD’s work may be found at ALDLAND.

Related Posts:
Next post: David Ortiz Is Pushing Me into Adulthood
Previous post: Is This Xander Bogaerts’ Coming Out Party?