A group baseball blog by fans of the Effectively Wild podcast
Friday, August 19, 2022

There have been many good base stealers whose speed has abandoned them relatively early in their careers. This is not Stephen Piscotty. 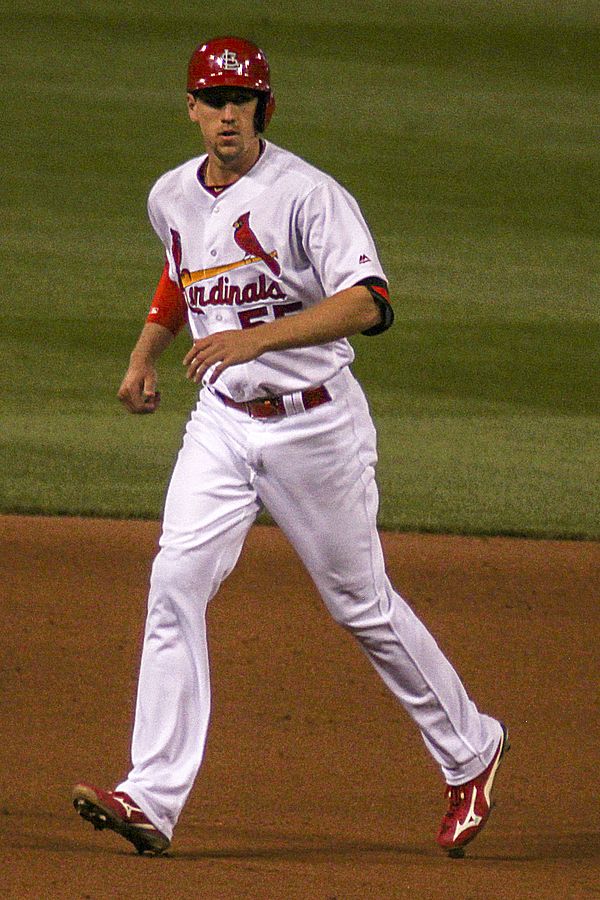 He is only 1-5 on stolen base attempts this season. In 2016 he was 7-12 stealing bases. In 2015 he was 7-14 between the majors and AAA. Never in his professional career has he been adept at base stealing.

Fortunately for Piscotty, he doesn’t need to steal bases to be a useful major leaguer. His career OPS is .810. He profiles just fine as a middle-of-the-order masher. So why does he insist on lowering his value by getting caught stealing? Let’s try to find some method behind the madness by analyzing his five attempted steals this season.

Reds pitcher Amir Garrett allowed only two hits and two walks through six innings on this day, his major league debut. Garrett is a lefty, which gives him an advantage holding runners. Few players on the Cardinals had gotten a chance to time his move to the plate or see his pickoff move. In fact, Piscotty was only the third major league baserunner he had ever allowed (and one was a pitcher). So it’s curious that he decided to take off on the first pitch to Yadier Molina. If Molina had gotten into an unfavorable count there would be some rationale in letting him lead off the next inning with a fresh count. Instead, he made the final out of the inning on the bases before Molina even saw a pitch.

Score at Time of Attempt: 1-0 Brewers
Final Score: 6-4 Cardinals
Should Piscotty Have Run? Sort of.
Result of SB Attempt: Picked off

After a leadoff single, Brewers RHP Jimmy Nelson picked Piscotty off. Maybe Piscotty was trying to steal. He was certainly caught leaning. Whatever his intentions may have been, this would have been a poor situation in which to run. With no outs, the benefit of stealing a base would not be worth the risk of getting thrown out and ruining the inning. It seems as though a shorter lead was in order, especially given the outcome. This having been established, running down to second base was the right thing to do once he was picked off. Four fielders had to be involved in the ensuing rundown, so the best he could hope for was an error. No matter, the Cardinals won the game.

Score at Time of Attempt: 4-0 Cardinals
Final Score: 6-4 Cardinals
Should Piscotty Have Run? Sure, why not?
Result of SB Attempt: Stolen base

Mission accomplished! The Cardinals had a good sized lead, so why not run? If successful, Piscotty gets into scoring position. If unsuccessful, everyone is a little closer to going home. That’s a good thing in the second game of a doubleheader. Besides, how much worse would his stat line look if he didn’t get at least one steal?

Score at Time of Attempt: 3-1 Cardinals
Final Score: 7-5 Cardinals
Should Piscotty Have Run? Probably not, but only because he’s bad at this.
Result of SB Attempt: Caught stealing

This is not a bad situation in which to try to steal a base. The Cardinals were up by two runs and he was on first with one out. Getting into scoring position here for Molina would be beneficial, and if he doesn’t make it, they still have a lead. However, a runner in this situation should only run if he’s good at stealing bases because a CS kills the inning. Piscotty clearly is not.

Manager Mike Matheny called for a hit-and-run to avoid a double play. The end result: a double play. Yadier Molina usually makes contact when he swings; he has a career 6.7% swinging strike rate (although this season it is 9.8%, his highest since his rookie year). So who is at fault for the caught stealing? Partially Matheny for calling a hit-and-run that didn’t work, partially Molina for striking out, and partially Piscotty for being too slow. Regardless, it could be argued that this play cost them the game. This play swung the win probability by 21% in favor of the Reds – a larger amount than any other play in the game.

Stephen Piscotty is currently on the 10-day disabled list with a strained hamstring. He shouldn’t be out of action for very long, but when he returns he most likely will curtail his stolen base attempts. He would have to be unprecedentedly stubborn to continue with a 20% success rate even if he weren’t coming off a leg injury. But if he actually was that stubborn…

Presumably Stephen Piscotty enjoys being a major league baseball player and therefore won’t continue to attempt stolen bases. He’ll help the Cardinals win more often by staying put until the next fair ball or end of the inning. But in a suspended reality in which winning doesn’t matter, we can hope he continues running into outs at a historically awful rate.